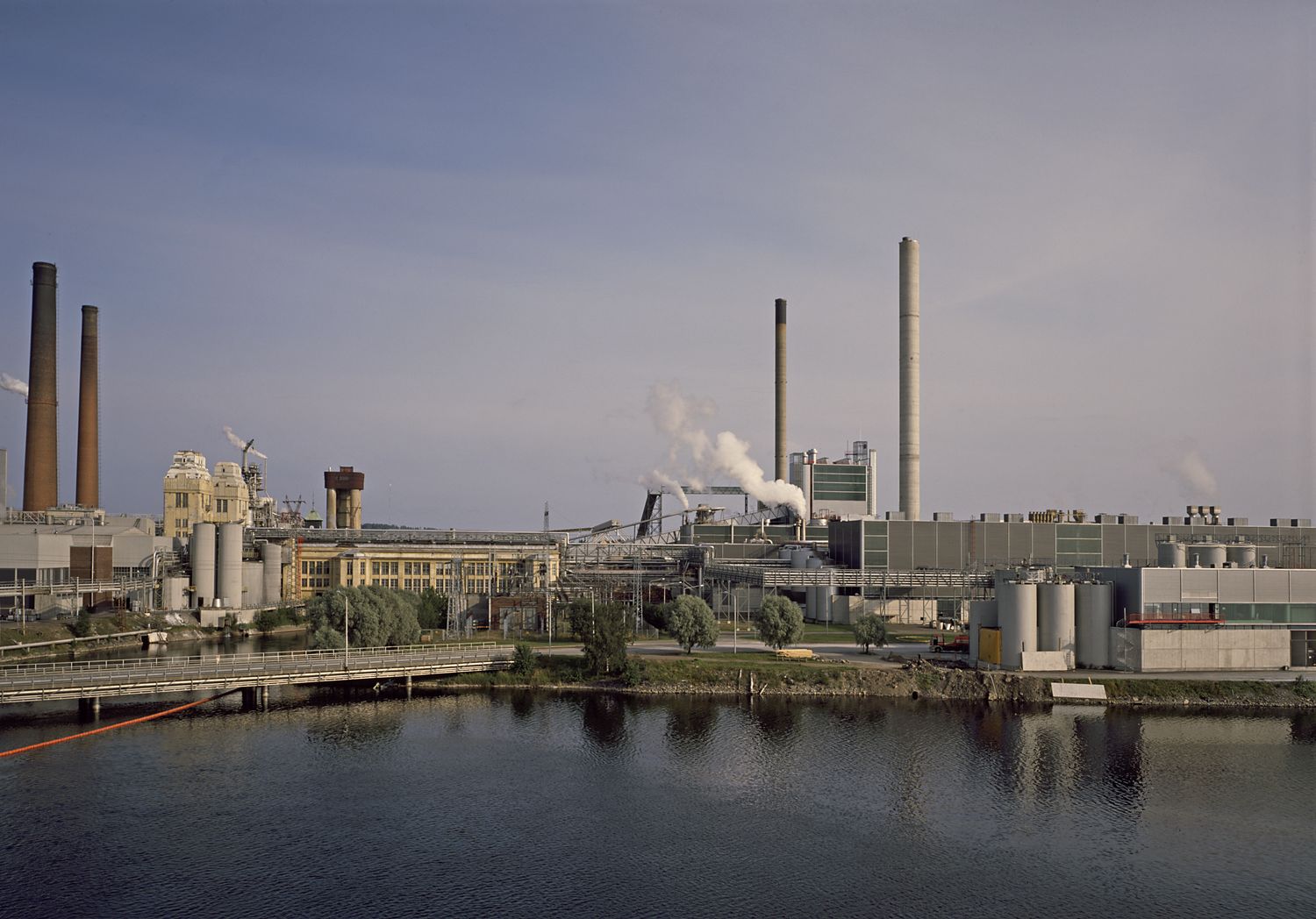 The manufacturing processes of the wood-processing industry underwent development during the 1970s such that they required production facilities of an unprecedented large scale. Since factory buildings were still being constructed in the immediate vicinity of population centres, the new challenge of industrial architecture was to preserve the visual quality of the built-up areas.

The Ahlström factory area is located in the immediate vicinity of the Varkaus city centre, on the shoreline of the Huruskoski rapids (nowadays the Voimakanava canal). After acquiring the factory area in 1909, the Ahlström company initiated intensive efforts to develop it through planning by, among others, the architects Valter and Ivar Thomé, Karl Lindahl and Bertel Jung. The company played a key role in the development of Varkaus; as a major landowner and employer, it had influence over also the town planning and housing policies.

The extension to the paper mill, designed by Erkki Kairamo, is located in Päiviönsaari, between the old factory site and the city centre, and adjacent to the steam power plant designed by Kristian Gullichsen, completed in 1972. Previously on that same location was a saw mill designed by Alvar Aalto, completed in 1948. The new paper mill, steam power plant and older industrial area together form a multi-faceted industrial milieu with a high architectural quality.

The almost half-kilometre-long and in parts 24-metre-high factory complex, comprised of a thermo-mechanical pulping plant, paper mill and warehouse, is extensive, and adapting it to the cityscape proved a challenging task. Kairamo aimed to lighten the large building masses and introduce a rhythm in their composition by opening views between the paper mill and the warehouse from the direction of the city’s main market square towards the nearby Huruslahti Bay. The impression of height was reduced by staggering the façade of the paper machine hall facing the city and by using lightweight steel structures in the top part of the façade as well as greenish-tinted glass planks for the walls. Consequently, the exterior scale was blurred, while creating a feeling of space in the interior. Furthermore, the building parts necessary for the production process and as dictated by legislation were harnessed as architectural accents. Out of chimneys, pipes, spiral staircases and colourful rails Kairamo created a dynamic layout for the complex, in a manner similar to that of the Pompidou Centre in Paris. In this way he was able to create a landmark for the industrial city from an oversized production plant.